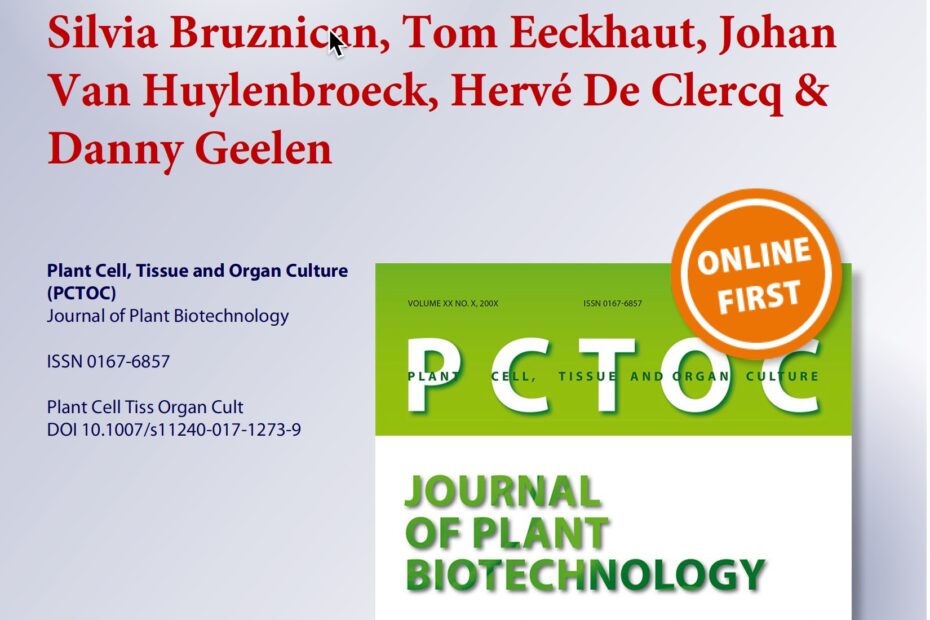 Cytoplasmatic male sterility (CMS), which can be achieved by protoplast fusion and regeneration, has potential to greatly facilitate hybrid breeding of celery (Apium graveolens L.). Therefore as a first step we developed a simple and efficient protoplast isolation and regeneration protocol for three commercial A. graveolens varieties (green and white celery and celeriac). To this end, cell suspensions from independent cell lines of open pollinated cultivars and inbred lines were initiated as a source for protoplast isolation. Comparative analyses showed that culturing was most successful in modified Kao and Michayluk liquid medium supplemented with 0.3  mg  l−1 2,4-D. The cytokinin type (TDZ or zeatin) and concentration had no significant effect on regeneration efficiency. Microcalli were obtained within 15 days to 5 weeks after protoplast isolation. Supplementing the culture medium with 25% conditioned medium increased microcolony formation for some of the cultured lines. Plants were obtained within 2 months of microcallus culturing and these were all diploid, suggesting genetic inheritance consistency. The efficiency of regeneration mainly depended on the specific genotype, with outcrossing genotypes displaying high heterogeneity in regeneration responses whereas inbred lines did not regenerate. The protocol presented here enables to implement protoplast fusion in celery breeding.