Traditional plant breeding via crossing and selection has steadily and consistently contributed to the improved production of high-quality crops. A major limiting factor in breeding is time, mainly because multiple sexual reproduction cycles are required to generate new genotypes.

One of the most successful innovations to cut down in the number of sexual cycles is the production of double haploids from cultured microspores. Unfortunately, microspore culture technology is only successful for a limited number of crops and is usually not very efficient. A new, generally applicable approach to improve the efficiency of microspore culturing is very much in demand. Another promising, time-saving technology is the use of genome editing to create specific allelic variants in elite varieties, by-passing the need for introgression via multiple rounds of back crossing. While genome editing has proven to be highly effective, its development and application in crops depends on the capacity to regenerate plants from transformed, genome-edited cells. For most crops and especially elite varieties, we lack good

protocols to regenerate protoplasts and microspores. We hypothesize that this is due to the lack of technology to separate competent cells from other non-responsive and inhibitory cells. In addition, there is currently no rationalized approach to determine the appropriate incubation condition for optimal regeneration. The PASCell project aims to develop technology for defining optimal incubation conditions for the regeneration of microspores and protoplast from most if not all crops. 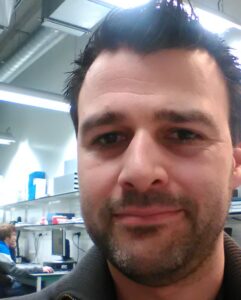